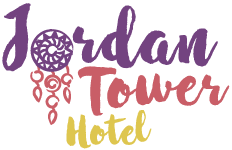 OK ... What's so special about Amman and Jordan Tower?

OK ... What's so special about Amman and Jordan Tower?

Well, Amman is a really ancient Metropolis, previously known as "Rabbath Ammon" named by the Ammonites in the 13th century BC - It was the capital of the Ammonites, and later re-named "Philadelphia", after Ptolemy II Philadelphus, the Macedonian ruler of the Ptolemaic Kingdom who reigned from 283 to 246 BC and then finally its present day name - Amman!

Amman was initially built on seven hills- (like Rome) but now spans over 19 hills combining 27 districts, which are administered by the Greater Amman Municipality.

Jordan Tower Hotel is strategically located in a prominent and central area of the old 'Downtown Amman' which is nestled between the original 7 hills of Old Amman ~ and within 30 metres of the Roman Amphitheatre. It's in the centre of the souk - and very easy to find. All taxis know the hotel and our staff offer the warmest welcome around!

We cater mainly for the serious traveler of all ages - interested in the history and culture of the Arab people, their ancestors - and the conquests and occupation of these lands by various warring factions over the millennia.

It's not a noisy partying place but has a warm and convivial mood. The hotel atmosphere is cozy and friendly - yet not intrusive. Bars and nightclubs are limited in this region but a good few are within a 15 minutes walk.

WE ARE BACK IN ACTION ... HOTEL OPEN ... NORMAL TOURISM BACK ON TRACK 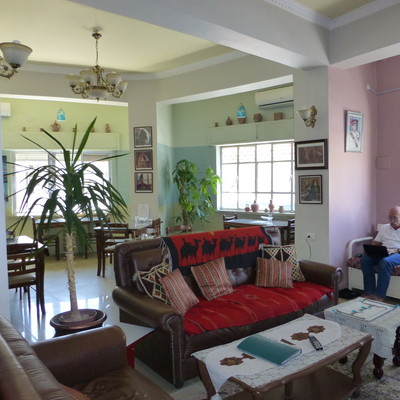 Jordan Tower is famous for its convivial bohemian atmosphere - where every guest is a friend - and where every friend feels at home! We are well recommended and one of the best seller's in Amman. 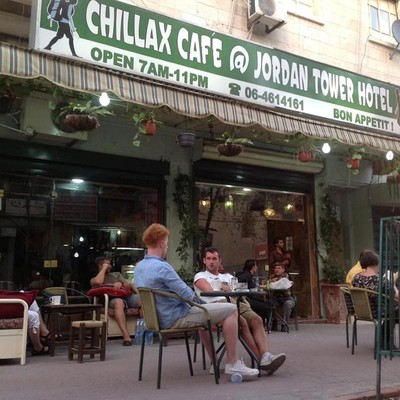 Sit inside or outside and take a nostalgic look at the surrounding area and let your mind wander ~ day dream of bygone days... Engage in interesting conversation with locals whilst sipping our delicious mint tea or turkish coffee. 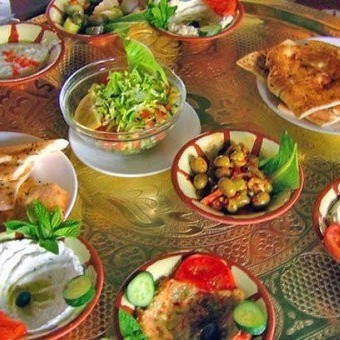 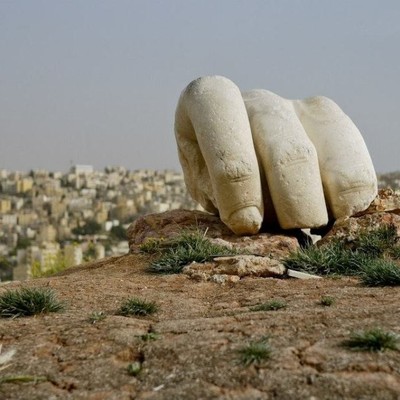 Jordan is an adventure seekers paradise. It's diversity of deserts, mountains, plains and seas make it an exciting choice for the outdoor types.

Make Jordan Tower Your Base

Why not consider making Jordan Tower your base, as it's ideally located to make easy day trips to explore the delights of surrounding tourist attractions and hiking trails. Visit North Jordan and Central Jordan from Amman - and then move down South to Petra and Aqaba if time permits.

Inexpensive Shared trips and tours are available and operate daily to all historical sites and places of interest, although they are subject to demand, we always have at least 2 trips daily for guests to enjoy.

We arrange a good selection of interesting multi-stop day tours along with some 2 / 3 day tours to Petra, Wadi Rum, Aqaba.
We provide a 'premier' professional service with knowlegeable English speaking drivers who are specially selected to ensure your utmost enjoyment and complete satisfaction.

Take 4 shared trips - get a free 2 hour shared city tour which stops at the National Museum, King Abdullah Mosque, Rainbow Street, Citadel or Taj Mall and much more... ( you can choose to be dropped off and make your own way back when finished)

TWICE DAILY FROM THE HOTEL - 10AM & 2PM - 2 WONDERFUL HOURS OF DELIGHTFUL WALKING AROUND THE SOUK AND LOCAL AREA WITH YOUR EXPERIENCED LOCAL GUIDE (IBRAHIM) ... SAMPLE SOME SWEETS AND LEARN ABOUT THE CULTURE AND TRADITIONS OF THE LOCAL PEOPLE ALONG THE WAY. TIP THE GUIDE 2-5JD PER PERSON DEPENDING ON YOUR LEVEL OF ENJOYMENT - ITS A HIGHLY RECOMMENDED TOUR AND LOVED BY ALL GUESTS - SEE TRIP ADVISOR REVIEWS - A SUPER CHEAP TOUR AND GREAT INTRODUCTION TO THE OLD DOWNTOWN AMMAN - POINTING OUT CURRENCY EXCHANGE FACILITIES AT THE BEST RATES, GREAT RESTAURANTS AND EXPLANATION OF THE TYPES OF FOOD, CLOTHING WORN BY LOCALS, PLACES OF WORSHIP AND SOME EXPLANATIONS ABOUT ISLAM, POPULAR SHISHA CAFES, OLDEST TOWNHOUSE, SPICE BAZAAR, AND MUCH MUCH MORE 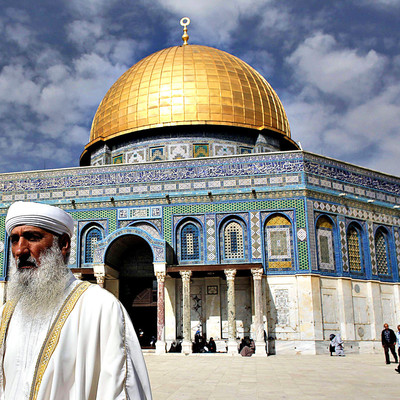 Side Trip to Jerusalem

We can assist you in arranging an exciting side trip to Jerusalem where you can do it all yourself, no need for an expensive escorted tour. You can utilise our shared cars to the border which go most days - we will advise you regarding the procedures for crossing - how long it takes etc and what to visit. 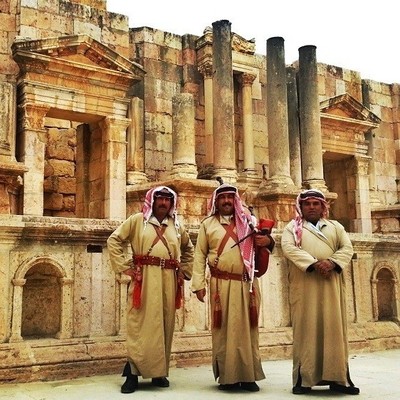 Tired of the 21st Century?

Transform yourself back in time, and visit the mystical Hashemite Kingdom of Jordan. Walk in the footsteps of the Antediluvian Prophets who trod this land ~ the ancient Nabateans and Ammonites and Giants .... Yes! Giants, lots of them - according to Biblical and historical records - Transjordan was the Land of the Giants !! 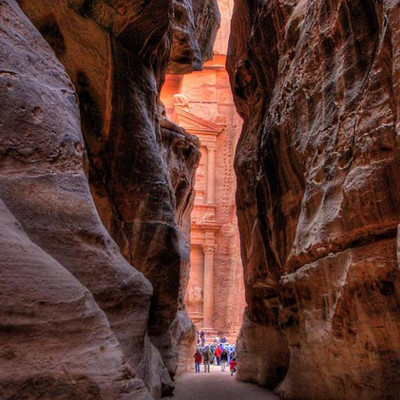 We can provide a comprehensive range of private tours at your request at the best rates. We also operate shared small group - MULTI STOP tours to various historical sites and places of interest. Jordan is an amazing place rich in history - culture and natural beauty. 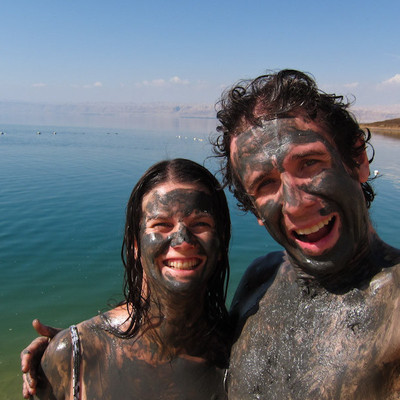 We operate daily tours to the Dead Sea and the surrounding areas. It offers a breath taking tranquil landscape steeped in history.

Dive to the wrecks and discover the beautiful corals. Take a ride in a glass bottomed boat to view the amazing coral reefs.

The Hashemite Kingdom of Jordan

The Hashemite Kingdom of Jordan (Arabic: المملكة الأردنية الهاشمية‎‎ Al-Mamlakah Al-Urdunnīyah Al-Hāshimīyah), is an Arab kingdom in Western Asia, on the East Bank of the Jordan River.

Jordan is bordered by Saudi Arabia to the east and south, Iraq to the north-east, Syria to the north, Israel, Palestine and the Dead Sea to the west and the Red Sea in its extreme south-west with Egypt just a short Journey across the Gulf of Aqaba to Sinai.

Jordan is strategically located at the crossroads of Asia, Africa and Europe. The capital, Amman, is Jordan's most populous city as well as the country's economic, political and cultural centre.

Jordan is named after the Jordan River, where Jesus is said to have been baptized. The name Jordan appears in an ancient Egyptian papyrus called Papyrus Anastasi I, dating back to around 1000 BC. The lands of modern-day Jordan were historically called "Transjordan", meaning "beyond the Jordan River". The name was Arabized into "Al-Urdunn" during the Muslim conquest of the Levant. During crusader rule, it was called "Oultrejordain". In 1921, the Emirate of Transjordan was established and after it gained its independence in 1946, it became "The Hashemite Kingdom of Transjordan". The name was changed in 1949 into "The Hashemite Kingdom of Jordan". "Hashemite" is the house name of the royal family.

VISITING IN RAMADAN - WILL IT CURTAIL MY ENJOYMENT ? Definitely NOT !!!

Many people wonder what exactly happens in Ramadan - for example, "is everything closed?" What about the people fasting..? etc etc ...

Well, the good news is - everything carries on as normal with the exception being, that places open a little later in the morning and close a little earlier in the evening to facilitate the breaking of the fast of the faithful ... apart from that, everything is business as usual. In general most restaurants and cafes are closed during the fasting hours (only tourist restaurants are open - for tourists) ... supermarkets and bakeries are of course open - and you can purchase what you like.

However, as a matter of respect - in the Hashemite Kingdom - eating should be done indoors and out of sight of fasting people .... I'm sure you would agree, in general, its not nice to drink lashings of cool water in seering heats - in front of people who are fasting ... it would be extremely thoughtless and rather mean to do that.

So.. if you need to eat or drink - you may do that of course - in an appropriate place. If you aren't sure of anything - always ask. Locals don't mind clarifying and never expect you to abide by their religious obligations, only to be respectful and considerate. In any case, you probably wouldn't even notice any differences. You would eat and drink normally in your hotel.

More Good News - Ramadan time can sometimes be accompanied by great discounts on hotels, flights etc - so it can be a good time to travel if you have a restricted budget.